Held at Felsted school pool Essex 14th July 2012. Teams taking part from Deben (Suffolk) Basildon (Essex) Chelmsford (Essex) Go Polo / Brentwood (Essex).
We played 4 games won 2 lost 2 scored 8 let in against 21.
Our first game saw a Deben team take on a Go-Polo team who were made up of much larger players. The match was very one sided in the first half with Go-Polo racing into a 3.0 lead before half time. The second half saw the Essex side complete the victory with 2 more goals to take the overall score to 5.0. Deben’s over worked goalkeeper Billy Vale at times seemed to be the only defense.

Our second game was a against a Chelmsford team who had been defeated 8.0 by the Basildon team. Deben seemed a more complete team and with goals from Harris (2) and White (1) scored 3 to Chelmsford 2 scored by Clark and Ratcliff in the first half. This was the most even game of the tournament so far and the second half did not disappoint with Chelmsford equalizing through Ratcliff before Deben scored twice more through White and Vale to eventually win 5.3 Deben had changed the goalkeeper for this game with Josh and George sharing the responsibility in each half. The youngest player in the tournament was also a Deben player Theodore and performed well in deep water for the first time. We then played the strong Basildon team with the same starting line up used against Chelmsford. 4 goals in the first half including 2 from Underwood the tournaments top scorer saw Basildon dominate the game. 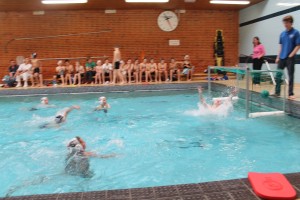 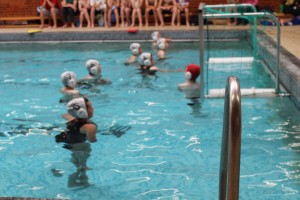 Basildon completed the scoring with 3 in the second half Underwood again on the score sheet to win 7.0. Deben played well in restricting this strong Basildon side to just 7 goals.

3rd 4th Playoff Deben v Chelmsford.  After a 5 minute recovery period Deben again faced the Chelmsford side who were determined to make amends for there earlier defeat. The game was again an even contect with the Suffolk side going behind to a goal from Chelmsfords Clark early in the first half before taking a lead with goals from Harris and White to lead 2.1 at half time. The second half was a tense close affair with Chelmsford pressing forward and testing Debens goalkeeper Vale on many occasions before White eventually found the net after several attempts to finish the scoring. Final score Deben 3 Chelmsford 1.

Well done to the whole team finishing 3rd overall is a big achievement considering the squad only train once a week in the pool at Beacon Hill and the move to a full 25 m deep pool is a big step up.